The following information is taken from the UC Davis Veterinary Medicine -  Veterinary Genetics Laboratory website.
The link is here .....  Introduction

Alpha s1 Casein is one of the four casein proteins found in goat's milk and is the most important of the four for cheese making. The Alpha s1 Casein gene (CSN1S1) that produces the protein shows polymorphisms which affect the amount of protein and fat produced, with higher levels associated with the best cheese making.  Research suggests that low levels of Alpha s1 Casein, may be associated with reduced milk sensitivities for some people.
​
DNA tests have been developed which can allow breeders to select production levels of Alpha s1 Casein. The VGL offers tests designed to detect variants E, F, and N which are known to be correlated with low production. High level variants are reported as A or B, which represents several known alleles. For the reports, two alleles are reported, one inherited from each parent. The result interpretation is as follows:

A and B variants, are associated with high content of alpha s1 casein.

Any combination of "high" variants will produce high amounts of alpha s1 casein.

A combination of a "high" variant and a "low" variant will produce intermediate amounts of alpha s1 casein.

Any combination of "low" variants will produce low amounts of alpha s1 casein. 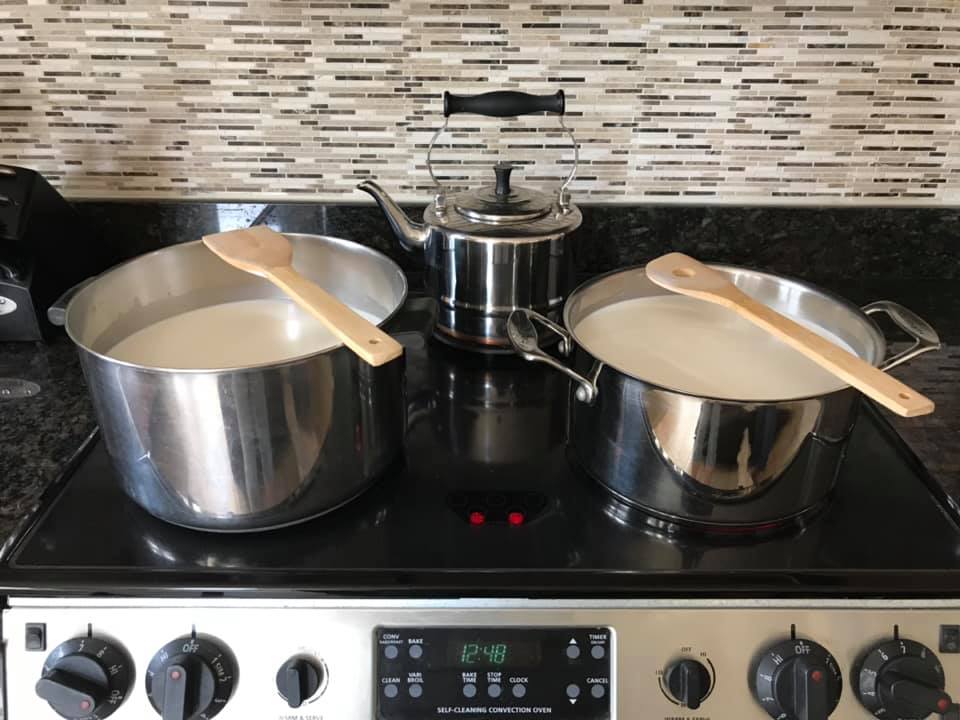 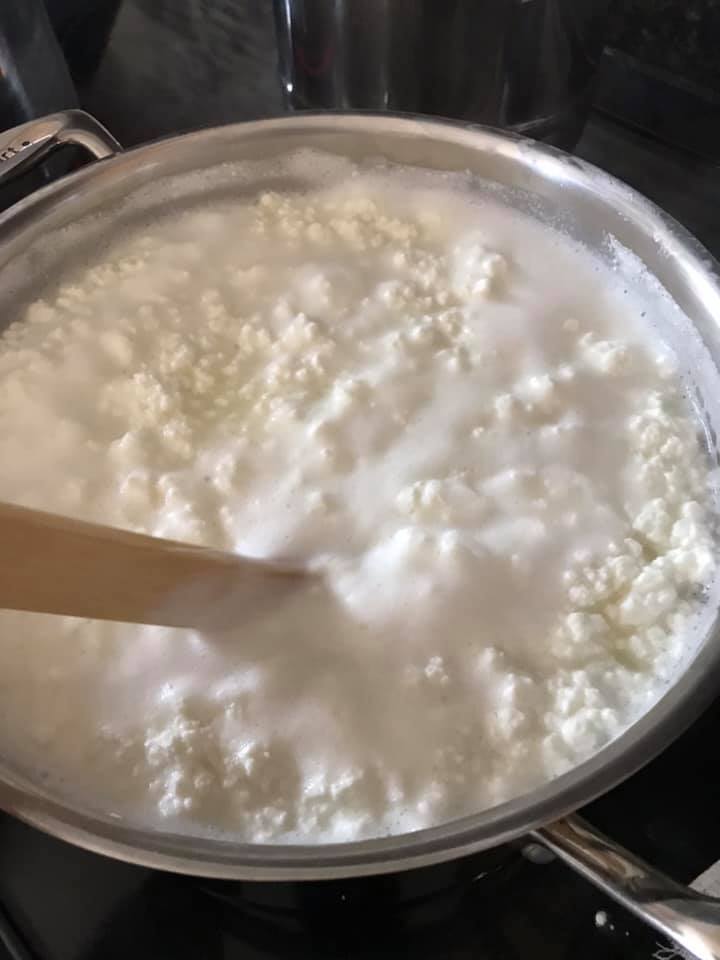 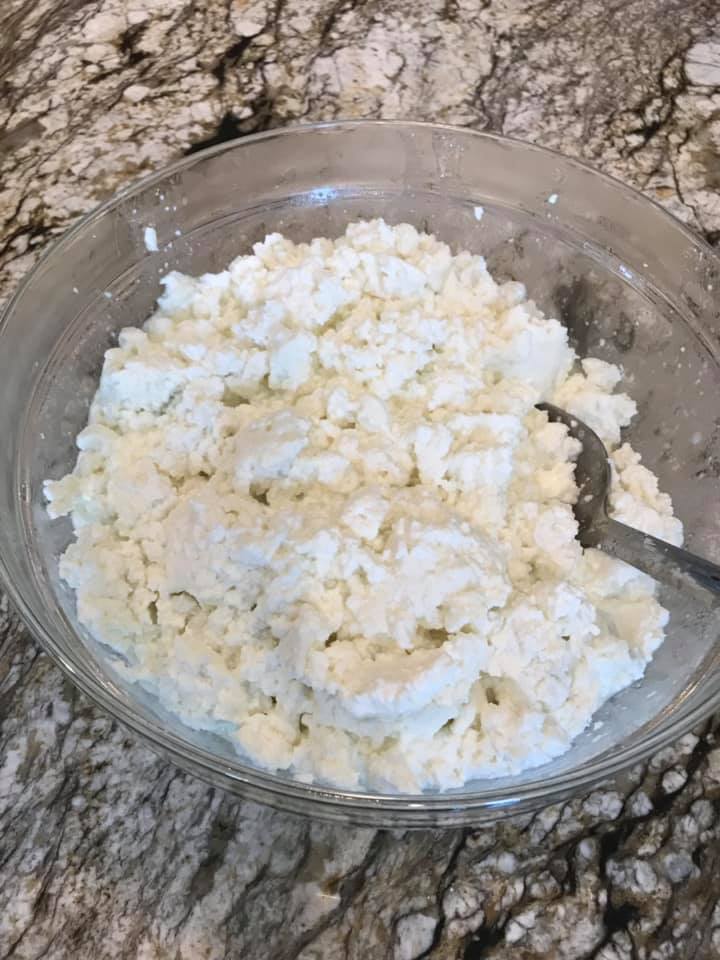 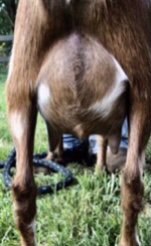 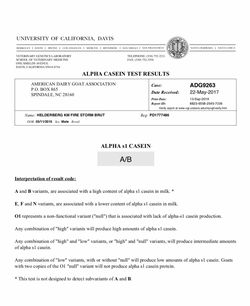 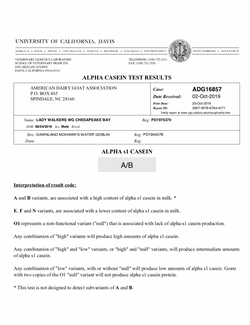 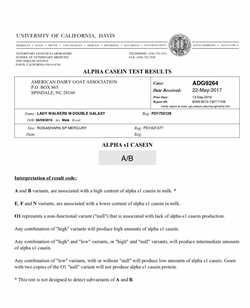 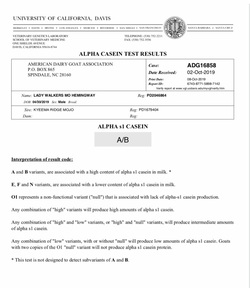 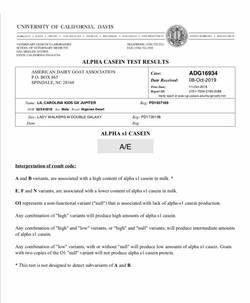 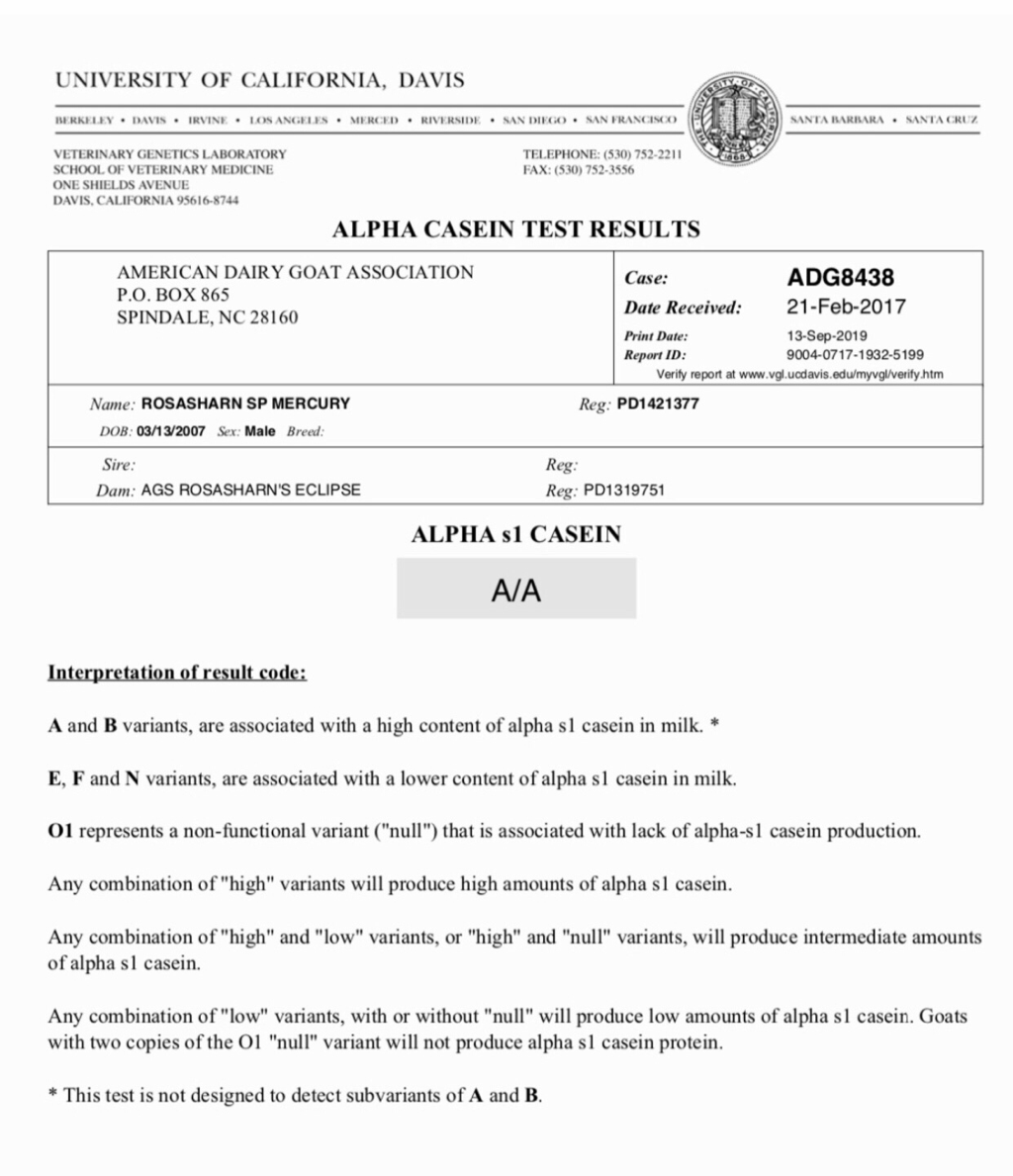 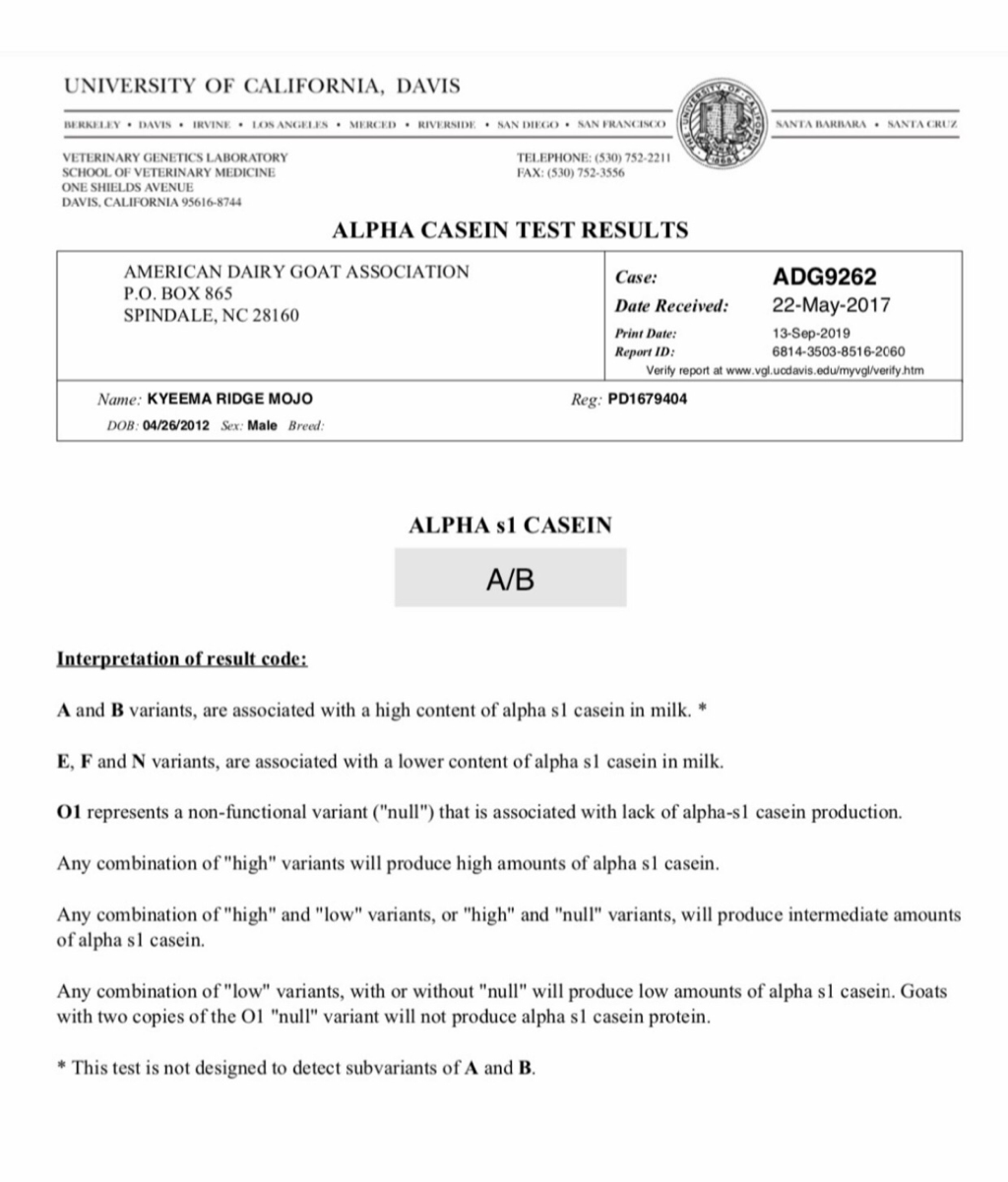 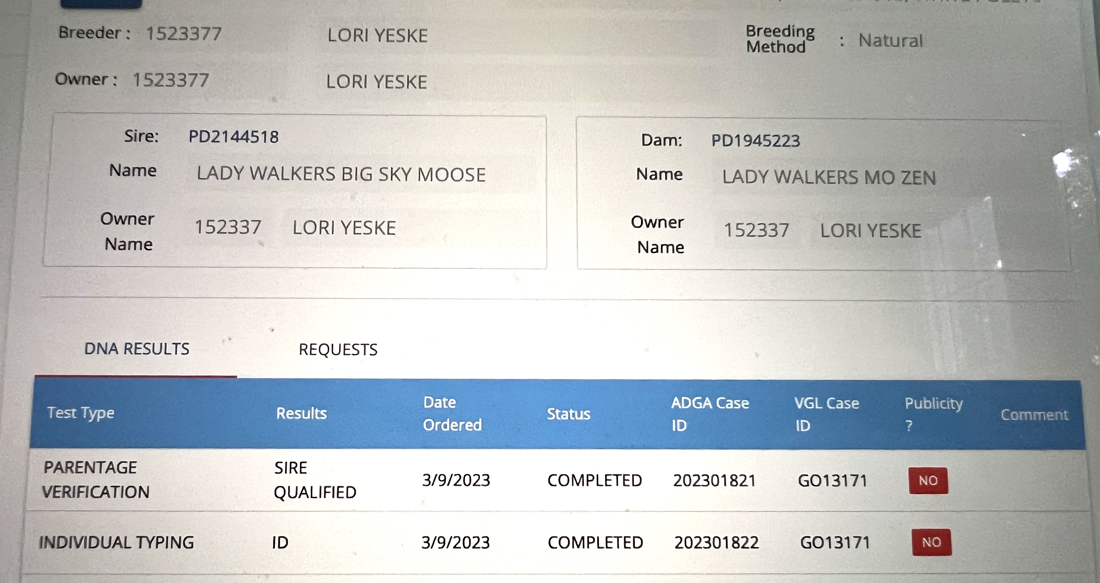 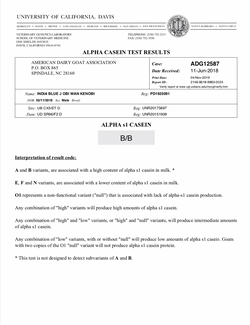 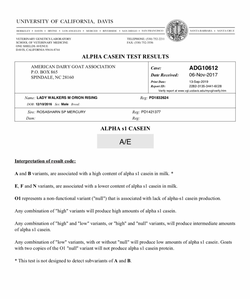 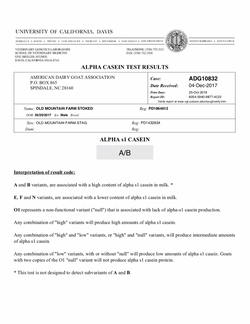 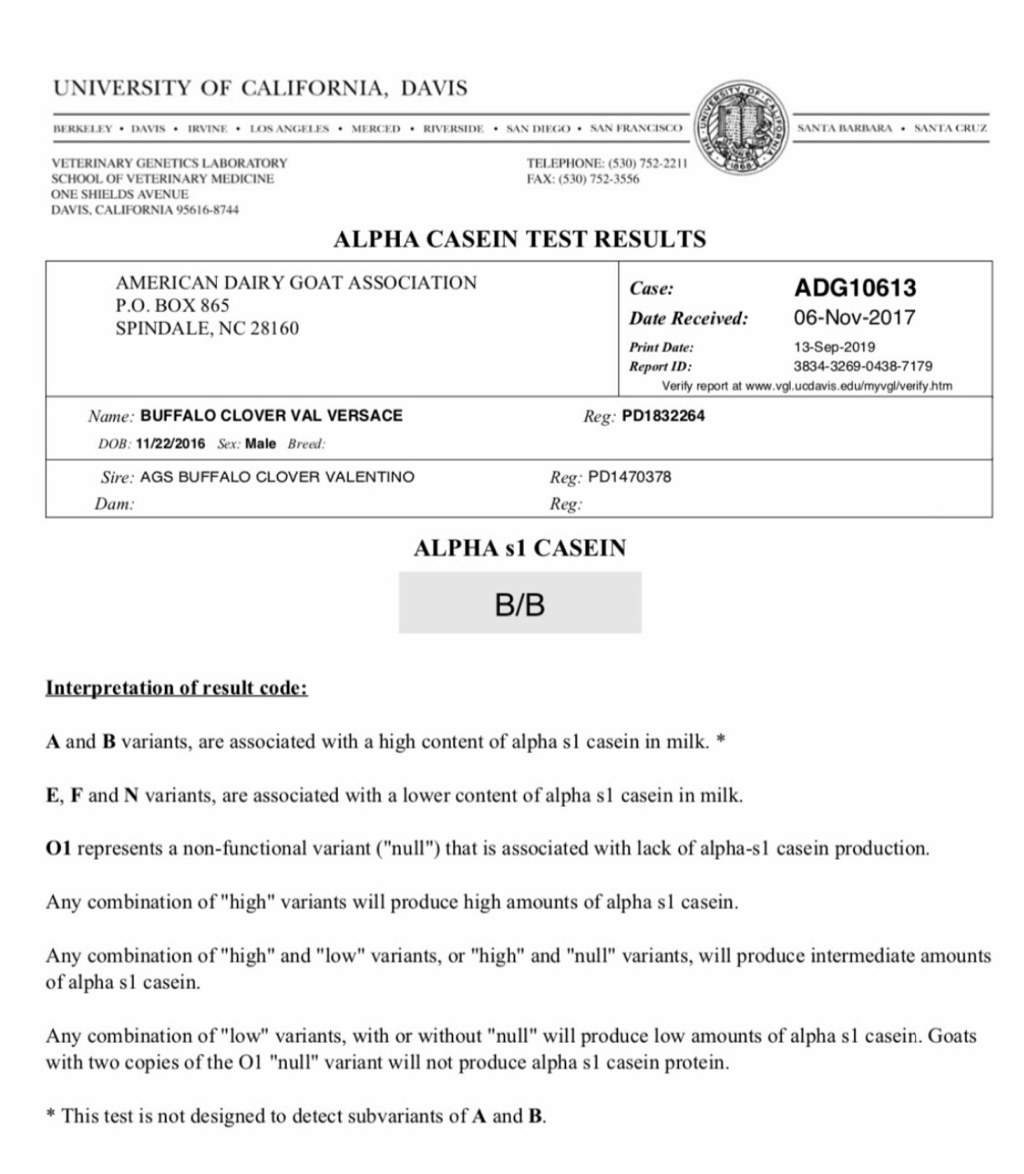